Dr. Jeffers began researching molecular genetic breeding of fresh corn biotics and abiotic stresses in collaboration with researchers from the Corn Research Group, SAAS in Shanghai since 2011. Over the years, Dr. Jeffers has actively assisted the Academy to introduce more than 600 tropical maize germplasm resources from Central and South America, carried out disease resistance identification and molecular breeding research on corn germplasm resources. Dr. Jeffers and our corn center scientists also conducted research on the genetic mapping of corn yield, disease resistance, quality and other traits, providing a solid research foundation for comprehensive understanding of the genetic structure and background of important agronomic traits of maize. The new varieties of fresh corn with high yield, strong disease resistance, good taste and rich in nutrition, which provide an important theoretical basis to promote the rapid development of specialty maize genetic breeding and industrialization and improve the influence of genetic breeding of the fresh corn. Dr. Jeffers also successfully supported and helped many young research leaders in our Academy to carry out international cooperation projects with well-known experts from the United States, Kenya, India, Vietnam, etc.. It has laid a solid foundation for the development of disciplines and personnel training in our Academy.

“Shanghai Magnolia Silver Award” is a commendation award set up by the municipal government of Shanghai once a year to encourage and commend outstanding foreigners for their contribution to economic construction, social development and foreign affairs in Shanghai. The Magnolia Silver Award was first launched in 1989 and is among the highest honors a foreigner can received in the city. 58 outstanding foreigners from 18 countries received this honor in 2019.

Dr. Jeffers graduated from the University of California, Davis with a bachelor's degree in biology in 1983 and a master's degree in international agricultural development in 1985. He got his Ph.D. title from the University of California, Davis in plant pathology in 1991. Since then he has been working on the molecular breeding of maize and the trait improvement of germplasm resources at the International Maize and Wheat Improvement Center (CIMMYT). He is currently the CIMMYT Senior Scientist in Maize Biological and Abiotic Stress Breeding and a member of the American Society of Plant Pathology. 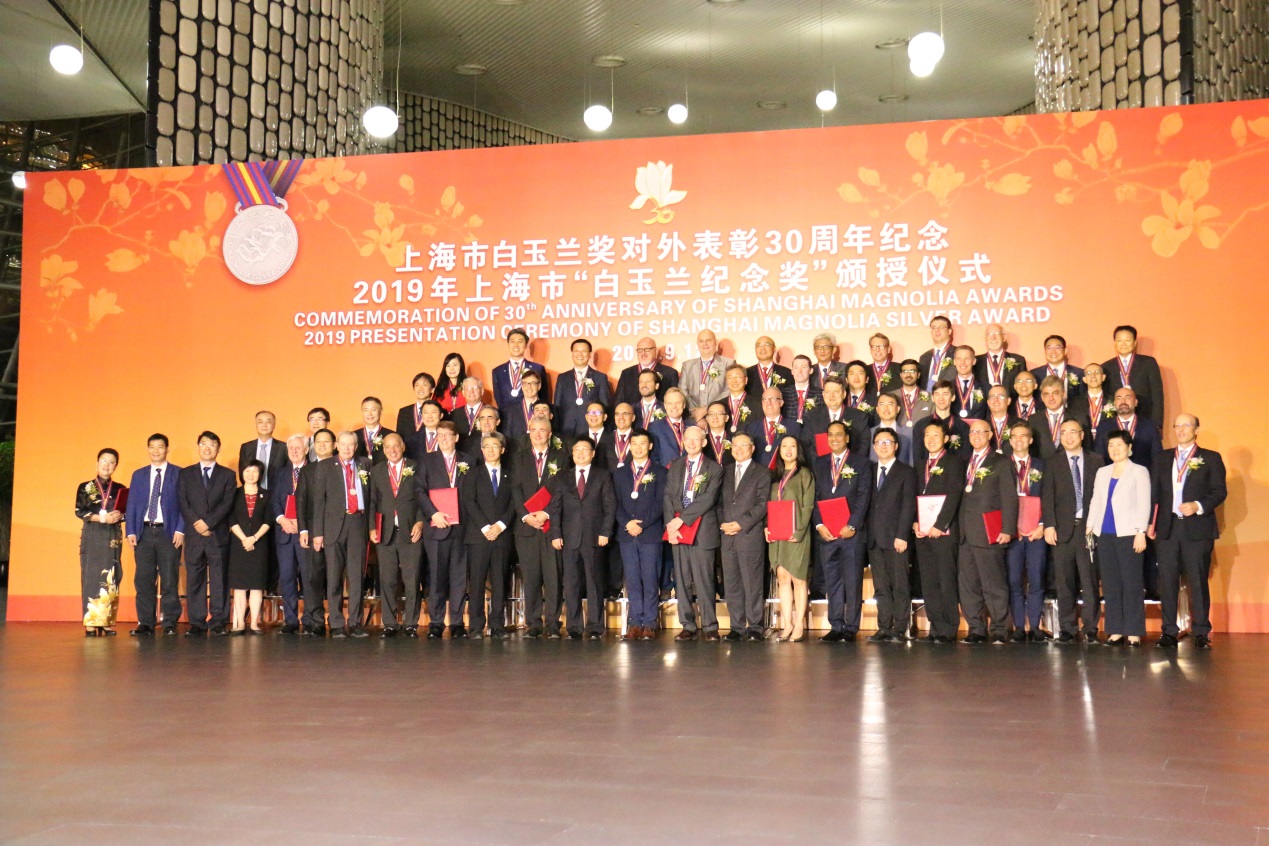